Night Running: Adventures In The Dark

Okay, probably not the best lead in from the founder of Knuckle Lights, a product specifically designed for runners and walkers to use for night runs, however I can still admit that being outside in the dark can be unnerving and sometimes a bit frightening.

I have run enough in my neighborhood at night that I have become very comfortable over time running in the dark. It wasn’t until the Hood to Coast Relay last year when I found myself running along a busy highway at 10pm in the pitch dark, that I had truly felt scared in a while. 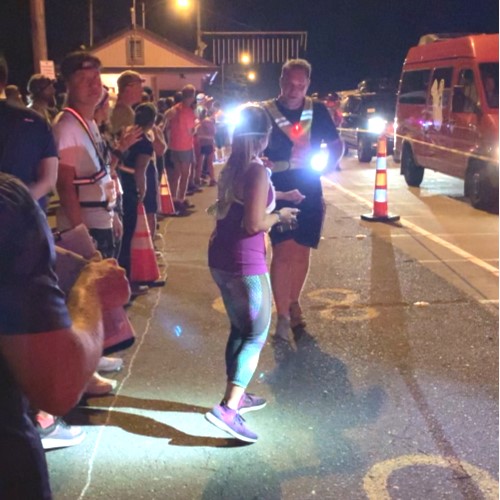 I did have my Knuckle Lights and they worked great, I could see everything in front of me. What made this particular night run scary was the cars and trucks that passed by at 55 miles per hour right next to me, so close the gust of wind from the vehicle would propel me forward slightly. That was interspersed with times of no cars on the highway, plunging my surroundings into complete darkness.

This nighttime leg of the relay was far away from the city, heading to the Oregon coast, and the thick trees were so dark my imagination became alive.

I don’t know why there have been so many new shows on TV about Big Foot lately, but watching a few episodes the week before this race wasn’t a good idea.

My senses were on high alert and my imagination was working overtime. Every noise was a scary creature lurking in the darkness ready to pounce and I was certain that every vehicle that passed by was inches from running me over. Neither happened of course, but I was relieved to finish that leg of the relay.

It has made me think about the different aspects of running at night and here are my opinions:

In this day and age it is sometimes difficult to ever truly be alone, even when we are by ourselves. With social media, the Internet and TV, the constant noise in our lives keeps our minds busy. Going out and running in night alone is very isolating and is truly refreshing. The quietness you will experience isn’t often possible during the day when traffic is heavier and other people are out walking their dogs or exercising. 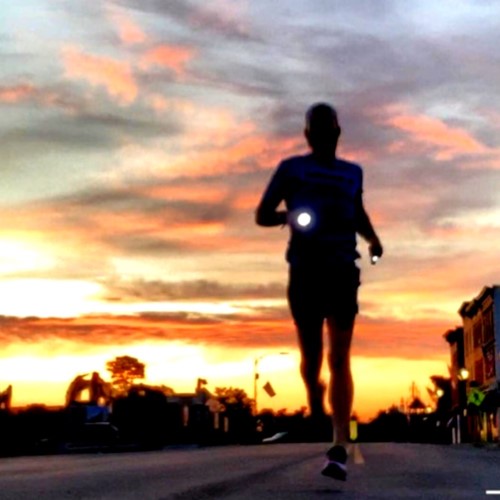 While running at night you tend to rely on your other senses besides sight, like hearing, smell, and feeling of the path beneath your feet. At the same time, running early in the morning you may be treated to a beautiful sunrise and that unique feeling in the air as dawn breaks. The sense of accomplishment will last you through the entire day. Personally, my energy levels are spiked all morning after a run.

Running at night before heading off to bed has its own rewards, as you can release frustration and stress from a busy day and tire your body into a restful night’s sleep. Regardless of how bad a day you may have had, it’s over now and a quiet, head-clearing run is your reward. Hitting the sack after a good night run is a wonderful, peaceful feeling as you drift off into a deep, relaxing sleep.

In my opinion, night running is one of the best ways to silence your mind, and almost feels like mediation to me in some ways, as I focus on my breathing in the night stillness. A familiar running route can feel like a whole new experience when you run it at night, which can truly be refreshing.

At times, running the same route at the same time every day can become a boring routine, changing it up simply by getting out there early in the morning or late at night can bring back that feeling of accomplishment, renewing your routine. 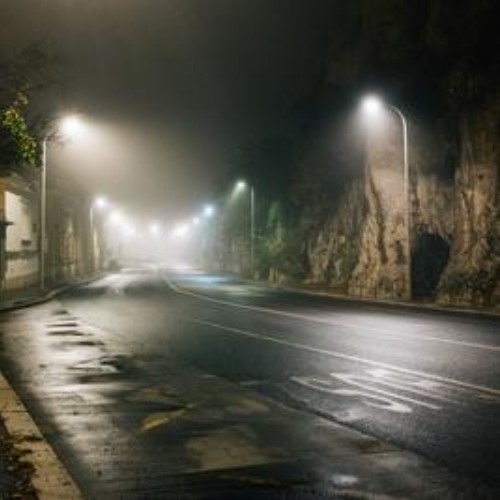 I have been fortunate enough that I have never had a serious accident or injury while out running in the dark. I did have a bad fall a few years ago during a run in which I broke a few ribs, but that was my dog’s fault—he got spooked by something (no idea what) and jumped into me.

That was during the day though, so I can’t blame the dark (just my dog!). However, I do know many people that have been injured during their nighttime runs, either getting struck by a car or simply tripping over a curb or sidewalk.

For some reason a certain percentage of runners as well as walkers make the mistake of assuming that drivers can see them, regardless of what safety precautions they may or may not be taking during a night run. I am often shocked at the number of people I see in my neighborhood running at night wearing dark clothing, no reflective vest and no light.

There is a ton of clothing and running at night gear available with reflective material, but remember that wearing bright clothing is essential as reflective is only effective when hit directly by a light source.

Even if you are completely prepared for night running--you have reflective clothing, blinkers, lights, and other night running gear, if you assume you are seen by traffic that can still be a mistake. Drivers can be distracted and are not used to seeing or looking for pedestrians, let alone runners, at night. Having lights and reflectors on the moving parts of your body (arms, hands, legs) help with gaining attention from traffic as they will more readily see the movement.

Certainly not as big of a concern, but running in the dark typically slows your natural pace down a little bit. The darkness and shadows cause us to slightly pull back on our pace. But then again, sometimes it is good to slow down a bit.

I have never been a fast runner anyway, but notice when I run at night my pace will slow down by 10-15 seconds per mile. Others have actually said they run faster in the dark, as the added anxiety of the dark helps propel them, but that hasn’t been my experience.

If you choose to run in the morning, you may find one of the biggest challenges to overcome is the snooze button on your alarm. I have had issues with this over the years, as my motivation to run is much higher the night before when I am setting my alarm for 5am. When the alarm rings it takes everything I’ve got to get out of the warm bed and lace up those running shoes while it is still nighttime outside.

Besides the threats that can be conjured up in our imaginations, like what happened during my Hood to Coast leg, dark conditions truly do carry serious risk. 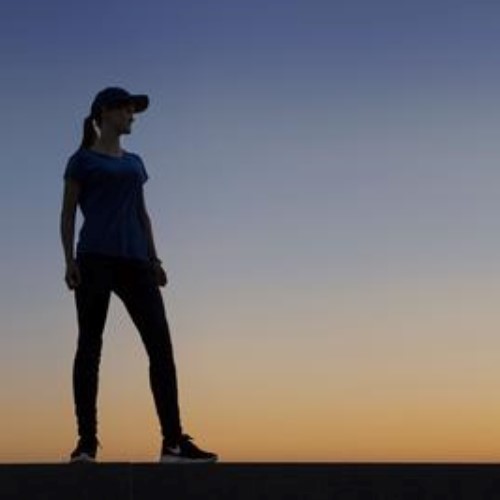 The reason Knuckle Lights exists is to help keep runners and walkers stay safe at night, and we have received many stories over the years of how our lights have helped. Each one of these is special to us and celebrated as we try to make night running a little less terrible. 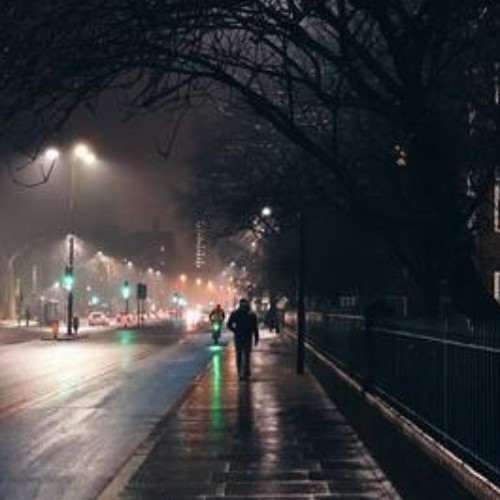 There are definite benefits as well as risks to night running, all of which should be considered, but realize to keep or create a running routine, going out at night is likely essential in our busy lives.

Hey! Looks like you've changed your theme and now DropInBlog's code needs to be re-added to your theme files.
Follow these instructions to solve this right away. Or hit us up on Messenger if you'd like some help.